It’s a scenario we all know all too well: We are dreaming in blissful slumber, then all of the sudden we hear the cries from the baby monitor, stirring in the bassinet next to you, or little feet running into your room.  You little one is awake, but why? That right there might be the single most common question new parents ask.

Is it a regression or a leap? Are they getting too much sleep during the day, or not enough? Maybe they’re just hungry? Or too hot or cold? Could their tummy hurt? Teething?

The reality is that it could be any of those things, and it could be a combination of several of them. (Does that help clear things up for you? Ha!)

Let’s face it. Baby (and toddler and big kid) sleep is just plain complicated. Their bodies and brains are going through so many (amazing) changes and by the time they’ve got one milestone figured out, they start working on the next.

Some of these factors are easy enough to fix. If it’s too warm you can turn down the AC or add a fan.  Too cold? At a onesie under their jammies. Hungry? Give them a feed.

But those are the easy fixes. The reason most people have such a challenging time with their babies’ sleep is because of problems that aren’t so simple, and don’t have obvious solutions. IS my baby hungry, even though I just fed her an hour ago? A tooth may be coming in, could that be it? Or is it something deeper, on a biological level? 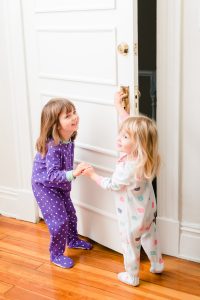 Does this sound familiar?

Imagine this scenario: An 18 month old kiddo gets plenty of fresh air and active time during the day, eats a hearty, balanced lunch, and then goes down easily for a long, restful nap. However,  when bedtime rolls around, suddenly they’re full of energy and want to play. When they’re told it’s time for bed, they get upset and bedtime becomes a battle. Once they do finally get to sleep, they wake up several times at night and never sleep past 5:30 in the morning.

So what’s going on? Is this kiddo getting too much sleep during the day?

That would be a reasonable assumption, for sure. After all, I know if I took a couple hour nap in the afternoon I would have a hard time falling asleep at night.

But with babies and toddlers?! Typically the OPPOSITE is always the case! In this specific case described above, it’s not that too much sleep that’s the problem, but too little.  How is that possible!? Wouldn’t they sleep better and longer after all that fresh air, sunshine, and physical activity? Wouldn’t that extra tiredness help? NOPE.  Overtiredness actually makes kiddos sleep worse.

We can thank biology for this phenomenon.  About three hours prior to when we’re naturally prone to waking up, our bodies start secreting a hormone called cortisol.

Cortisol is a stimulating hormone to help us wake up in the morning.  Is also produced in times of stress in order to elevate the heart rate and stimulate the nervous system (just in case you need to flee from a pack of angry wolves…or hungry teenagers). But in non-stress times, it just acts as your baby’s cup of morning coffee and gets them going. 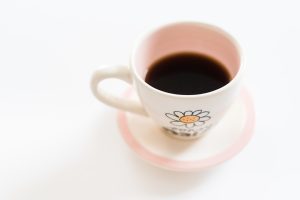 If cortisol acts as the morning cup of coffee, then melatonin acts  as the warm mug of chamomile tea at night.  Once the sun starts to go down, our bodies recognize that night is coming and begins to produce this lovely sleep- inducing hormone. Melatonin helps us get to sleep and stay asleep until morning, when the cortisol kicks in gear again to wake you up.

Want to know something interesting? When you wake in the morning to bright sunlight, melatonin production actually increases and starts earlier that evening.  The sun is a powerful biological mechanism!

When the System Fails

As perfect as this system of hormones is, it actually can go a bit wonky.  Take that situation of the 18 month toddler described above:

He’s taking a great nap during the day and getting lots of time outdoors so his body should be ready to crank out some serious melatonin when nighttime rolls around. So why in the world would he be getting a burst of energy at bedtime instead?

It’s all about the timing. When your kiddo’s body starts producing melatonin to prepare for a good night’s sleep, there’s a narrow window of time when the body expects to actually be going to sleep.

If your kiddo is up too long after their body has started producing melatonin, the brain figures that something isn’t right.  Maybe they CAN’T go to sleep because they need to flee from that angry pack of wolves.  So what does the brain do to protect itself? Produce cortisol again! That’ll help keep them awake and therefore…survive.

And now before you know it, your formerly sleepy toddler is off the rails. This often shows up in the form of playfulness and an abundance of energy….which leads to those infamous bedtime battles.

But now what does all of this have to do with the dreaded middle of the night wakeups and early mornings?

Here’s what happens: Let’s assume your kiddo’s natural wakeup is around 6:00 am (a very typical time). In order to prepare for this, their  body starts to secrete cortisol about three hours prior to that. Melatonin production has also ceased for the night by this time. When he naturally hits the end of a sleep cycle around 3:00am, he gets to that “slightly awake” state. Add in the fact that there’s a little bit of stimulant and no natural sedative, combined with the fact that he may not have independent sleep skills…you now have a very awake kiddo who has no desire to go back to sleep.

While there’s no quick fix for adjusting a baby’s hormone production schedule, you can definitely help out by getting outside during the day as much as possible. As I mentioned before, natural light during the day is a huge helper for melatonin production at night.

It also helps to ensure that your kiddo’s room is as dark as you can get it. You can also turn  at night  down the lights in the house at least an hour before bedtime to get the melatonin flowing.

Avoid any TV, phone, tablet, or screen time of any kind for that same hour before bedtime . These devices emit blue light, which prohibits melatonin production and makes it harder to sleep. 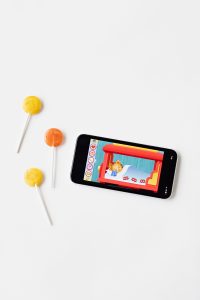 But above all, the number one way to help your baby or toddler fall asleep easily at bedtime and sleep through the night is to get on a predictable, consistent sleep schedule and teach  the skills needed to fall asleep independently.

The truth is that you’re never going to prevent nighttime wake ups. We all wake up through the night and always will. However, we just go back to sleep so quickly and efficiently that we don’t even realize we woke.  The same is true for babies over 4 months.